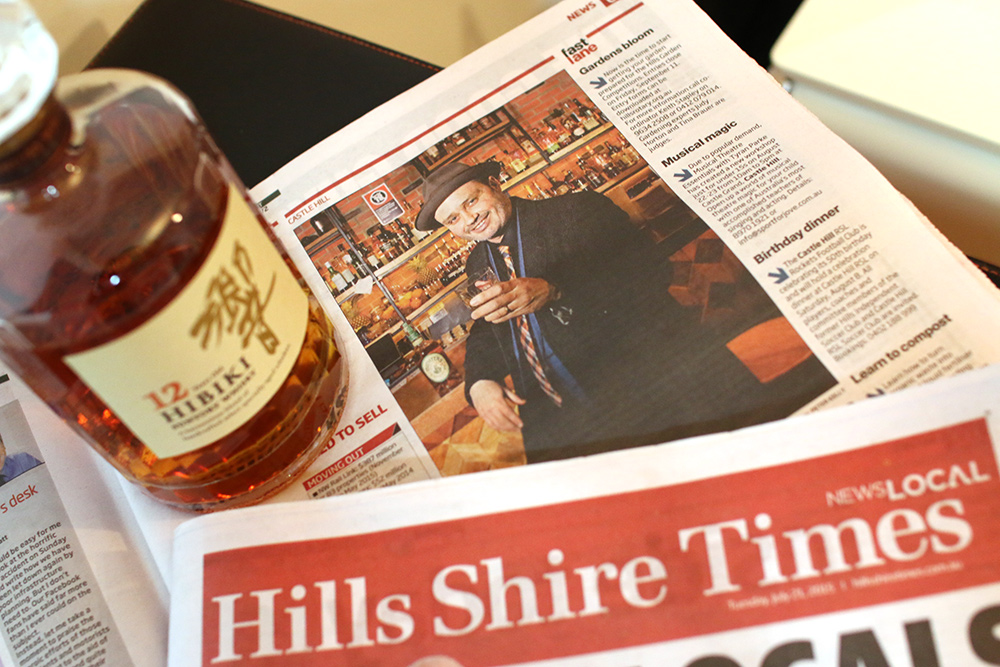 We were very excited to see the local news, Hills Shire Times, arrive on our doorstep with DramNation appearing on page 3 of the paper!

For the archive we have repeated the article word for word below including the clipping from paper. You may also find the article online.

AFTER noticing a gap in the whisky market in the Hills, a local decided to start up his own appreciation and education group.

Matthew Wooler, of Castle Hill, has written about whisky after tasting an old Glenfiddich in the late ’90s.

A graphic designer by trade, Mr Wooler blogs for The Distant Thunder Whisky Club and was keen to set up a local whisky scene.

He founded DramNation earlier this year after noticing a lack of whisky events in the Hills.

“There are a lot of tastings in the city, but not a lot in the Hills,” Mr Wooler said.

The sessions cover everything from how whisky is made to which glasses to drink from to matching food with particular whiskies.

“We work with beginners to build an appreciation for whisky so they can go to a bar or shop and know what to look for,” he said.

Mr Wooler said although the sessions were tailored to beginners, it was suitable to everyone from novices to connoisseurs and offered practical experience using easily accessible whiskies.

“All the whiskies they taste they can get from an alcohol store,” he said. 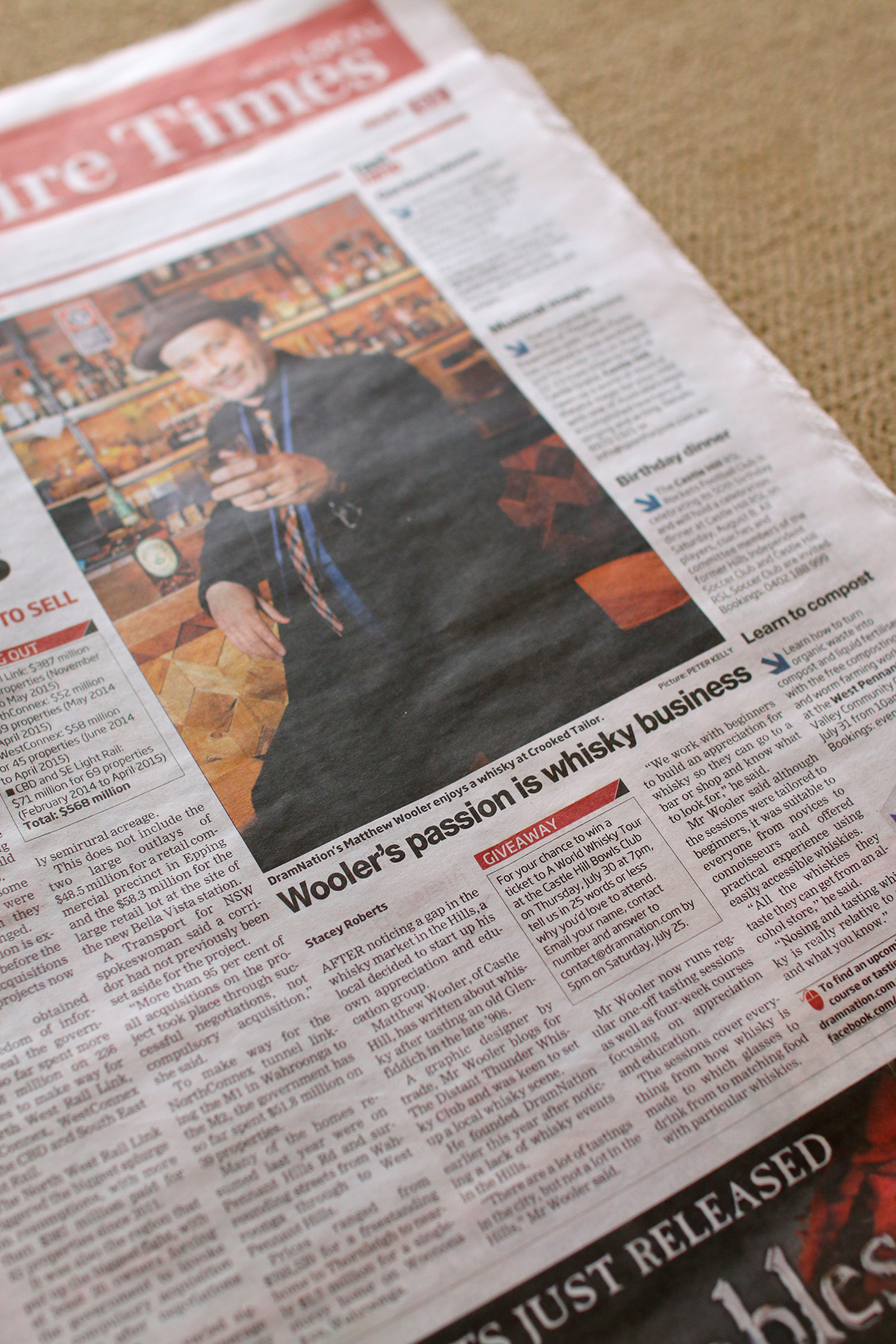