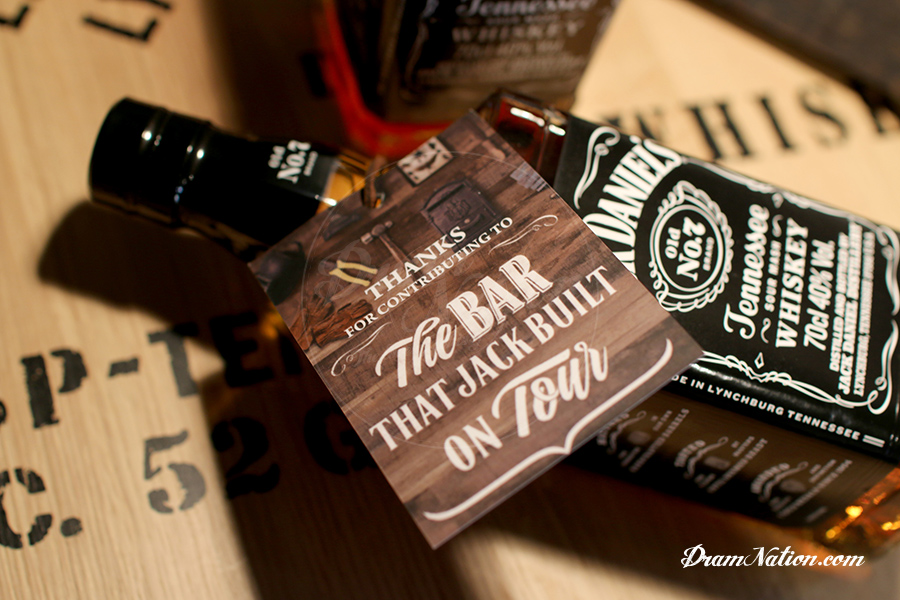 Brown-Forman, one of the largest American-owned spirits and wine companies, has featured well in our tastings with their premium whisk(e)y brands Jack Daniels and Woodford Reserve head of the pack. Recently Jack Daniels Single Barrel Select made a proud appearance in out recent tasting A World Whisky Tour. We are happy to say there is more Tennessee Whiskey coming to the west, Parramatta in fact, and we want you to get involved too through The Bar That Jack Built On Tour 2015.

The Bar That Jack Built is a crowdsourced initiative of Jack Daniel’s Australia which runs through the month of September, the month nominated as the birth month of Jack Daniel’s the Tennessee Whiskey pioneer. Following is the official PR release detailing just what this event is all about.

Supported by Mack Trucks Australia, Jack Daniel's will hit the road this Spring with a regional tour taking in six regional cities and towns across New South Wales and Victoria. Fans will be given the opportunity to join dedicated workshops in each town, build props and furniture for the bar or donate materials/items and make a contribution to the legend of Jack in their own way.

Electricians, carpenters, joiners, technicians, finishers, artists, designers and regular Joes are all being sought to donate their time and expertise to turn the idea into reality. The reward? Whiskey! That’s right fans are literally working for Jack, not to mention a chance to get their hands on an invitation to celebrate Jack's birthday in style - in the very bar they have helped to build.

The Bar That Jack Built will be open to the public in Sydney and Melbourne for two three-day Jack Daniel's birthday extravaganzas at the end of September.


We at Dramnation, were invited to attend the official tour launch and help get started building Jacks bar. Hammering nails, sanding edges and quite literally knowing up shelves and tables in payment for a few bottles of Jack Daniel’s Old No.7. It was a great opportunity and fantastic fun. Details on locational stops fr the bar build are as follows:

Even if you are not in a location where the bar build is occurring there s no need to fear on missing out. Through September 25th to the 27th The Bar That Jack Built will be showcased in the Parramatta Parklands, Sydney. Open to the public you can head on down and grab a few glasses of Jack while kicking back and watching the live entertainment into the evening. Following are the dates and times for general public admission.

If you want to join in on Jack birthday watch The Bar That Jack Built facebook page for more details and event updates (Please note you will need to be logged into facebook to see this event).

We hope to see you there. Watch out for September because we may just be having our own Jack Daniels Birthday celebration.