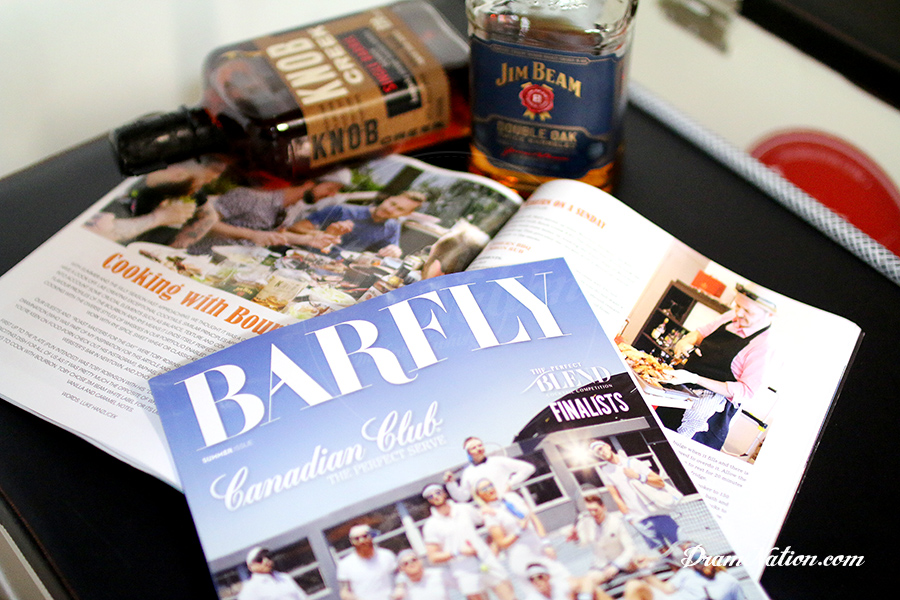 When I started writing about whisky back in 2008/2009 cooking with whisky was not a thing really. Certainly not discussed in any serious manner. In fact even now it is not a thing but I am certainly working towards it. Recently I posted some shots on our facebook of a private weekend event I was asked to be part of by Luke Hanzlicek, Brand Ambassador for Beam Suntory. Several local bar and spirits scene individuals including myself, were asked to bring break bread at an afternoon cook up of our favourite dishes that included bourbon. Favourite dishes with bourbon? Where do I start? I know... the smoker!

Well this afternoon was for an article to appear in Barfly magazine. A magazine for the bar by the bar so to speak. It was a bit of a surprise when Luke professed that what we were doing with Dramnation was part of the influence behind the idea. Thank you Luke what an honor. Truly.

What did we cool you ask? If you have attended some of our public tastings over the past few years you would have encountered one of out many bourbon infused smoked dishes. For this cook up I chose to make up a big batch of our bourbon rub and then take our Dramnation smoker along and do our rather enjoyable bourbon injected smoked chicken. 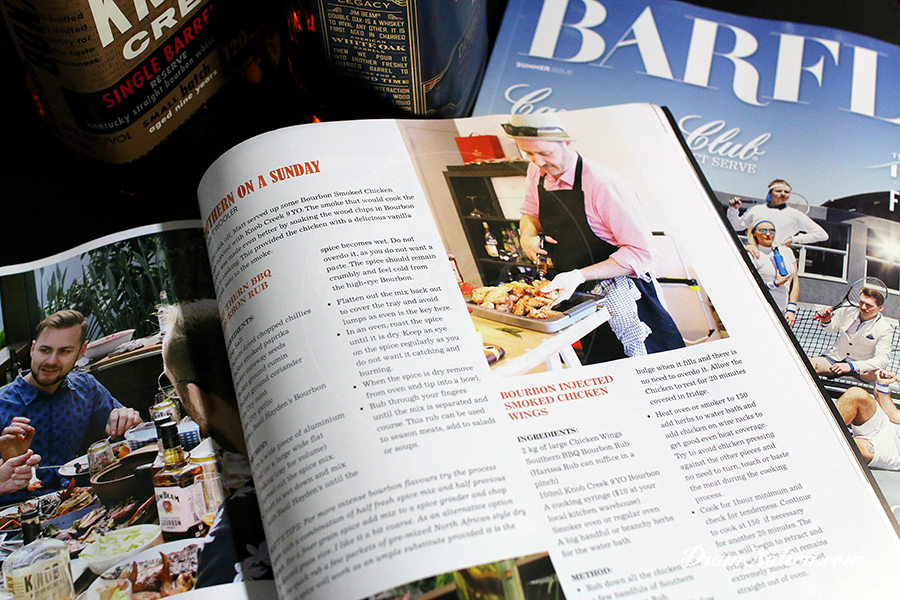 What I contributed was only one small part of a huge feast laid out and prepped on the day. We were all in the trenches up to our knees in bourbon. Consider alongside my smoked chicken other dishes such as Down & Trout Ceviche, Raph's Famous 5 Spiced Bourbon & Cola Pork Belly or Simon's Bartender BBQ Ribs. That all washed own with a fine selection of Beam Bourbons and Ryes.

In a follow up post we will, potentially, release our secrets to these recipes alongside the other dishes on the day.

In the meantime a massive thanks to Luke for getting us involved and so proud to be part of the movement to get more people cooking with bourbon.

If you are interested in how the day went down in a visual sense then check out our facebook album here.