We returned to Crooked Tailor on Saturday 22 October for our first Southern BBQ Boilermakers Session 1. Whisky is always great on its own but we often find our selves double parked with a beer and whisky at the same time.

Legend says the concept of the boilermaker stems historical from heavy labourers such as the coal miner, ship build, or dock worker coming off the job needing a beer and whisky boost to close off the day. Adding a shot of whisky to a ale would boost the alcohol of an already potent brew while enhancing the flavours on the way down. These days, at least in Australia, our concept of the Boilermaker is to pair a neat whisky with a beer and enjoy them in unison.

For our first Boilermaker session we expanded on last years Southern Whiskies On The Law concept by using great southern state American whiskies paired with BBQ then adding in a pairing of craft beers to match. This is a new format for us and we will certainly be doing it again. Effectively we took 3 Jim Beam whiskies, 3 craft beers, and 3 servings of BBQ bites pairing as a 1 to 1 to 1 combination. Each of these BBQ bites saw an infusion of the whiskies and beer into foods serving to match the boilermaker combos.

Taking on a much more relaxed in presentation the tables were laid in rows to exercise conversation then set with platters of cured meats, cheeses, crackers, beef jerky and nuts. Each guest received their first whisky to beer combination while a serving of the BBQ bites was delivered part way through.

As guests arrived they were treated to something of a twist with a bourbon cocktail built on Jim Beam White Label with a beer reduction. Served in a Beam highball the cocktail was finished off with a shaken egg white to deliver that familiar foaming beer head.

Our first combination began exploring the rich flavours of the newly released Jim Beam Double Oak paired gloriously with a Kona Big Wave Golden Ale then matched to our Dramnation house made smoked BBQ baked beans. Looking to enhance the rich sweet maple elements found in the bourbon and the fruity pineapple in the Big Wave, our beans were both spicy and richly laced with brown sugar.

The second combination saw a high proof Knob Creek Small Batch Rye paired amazingly with a Doss Blockos Pale Lager. The clean fresh elements of the lager allowed for the spice and spearmint of the rye to really explode in the mouth. Paired to this combination was also our other famous bbq bite then smoked chicken wings hand injected with Jim Beam bourbon then seasoned with our Dramnation house style smoked BBQ bourbon rub. This was a clear combo dripping with delicious success.

Being a BBQ event we decided to do a special giveaway to one lucky guest. Drawn out of a hat the winner received a sweet stainless steal portable charcoal grill. This unit is perfect for taking to the beach or grilling on veranda or just doing bbq anywhere anytime.

A massive thanks to Crooked Tailor for all the effort in helping us get this event happening, to Beam Suntory for the amazing whiskies, and of course to Doss Blockos, Kona and Red Hook for those full bodied brews.

We will be looking to schedule another Southern BBQ Boilermakers soon and hope to see both new and old guests at this one as well.

To get the full visual experience of the evening we have an album over on our facebook page.

See you at our next event.

Following are Dramnation's personal notes we supply at our tastings. We want to emphasis that we have listed, in many cases, ages for these whiskies even though they do not carry an age statement. This indication is an average only as a means to show how youthful whiskies display strengths and characteristics longer aged whiskies cannot. It is to be expected that these average ages will vary from batch to batch and year to year.' 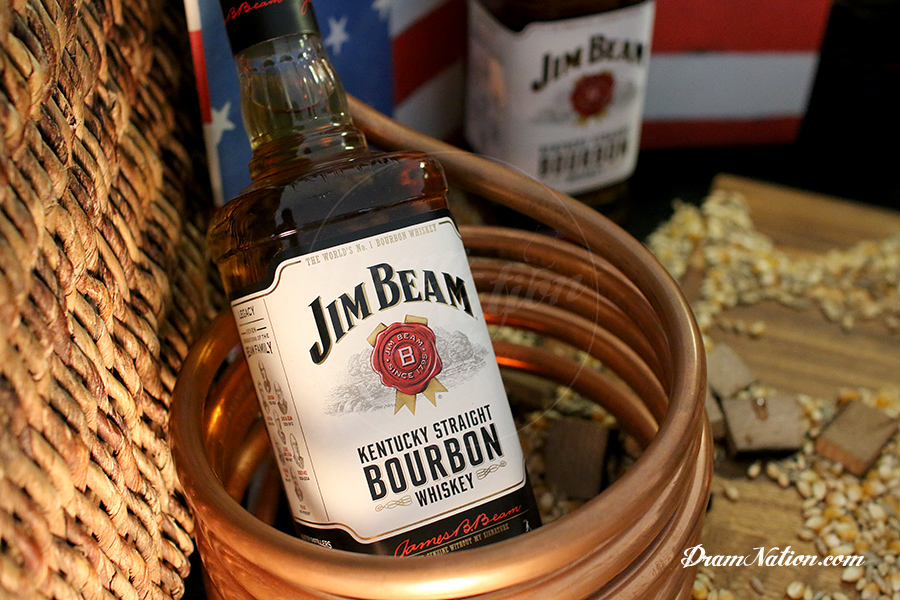 This is an all rounder whiskey from Jim Beam and the most recognisable label of the brand. Used extensively for cocktails and ready-to-drink mixers this whiskey is enjoyed neat, on the rocks, mixed with cola or the basis of a whiskey cocktail. Displaying all the elements expected of a Kentucky bourbon from the rich oaks to the spicy earthy notes, no bar is complete without it on the shelf. 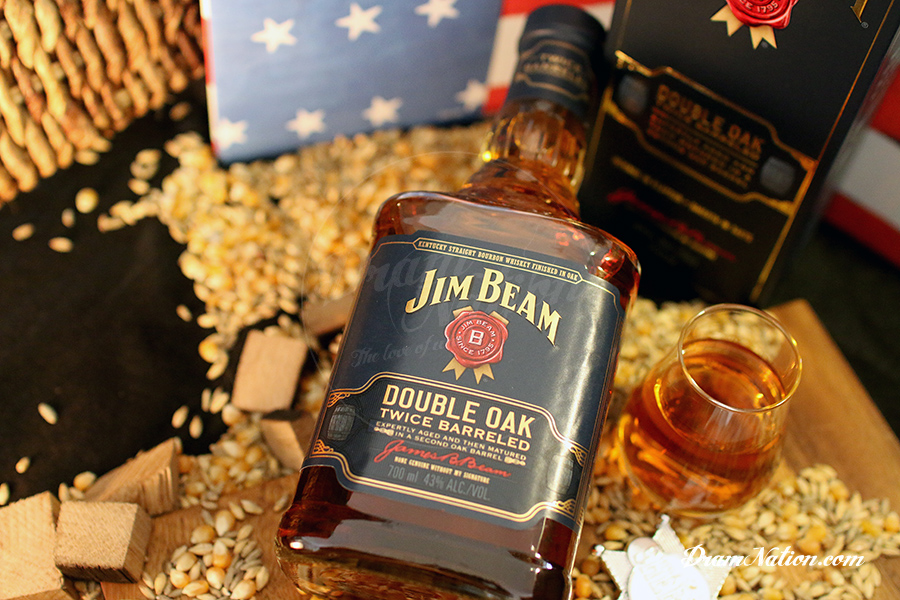 On the nose warm caramels & maple wood, golden sugar with a slight nuttiness. As you taste light woody sugars softly move through the mouth with some barky spice before a dry finish completes the experience. Double Oak is first aged in charred American white oak barrels, then filled into another freshly charred barrel. The added interaction with the oak wood delivers richer caramel and vanilla flavours. 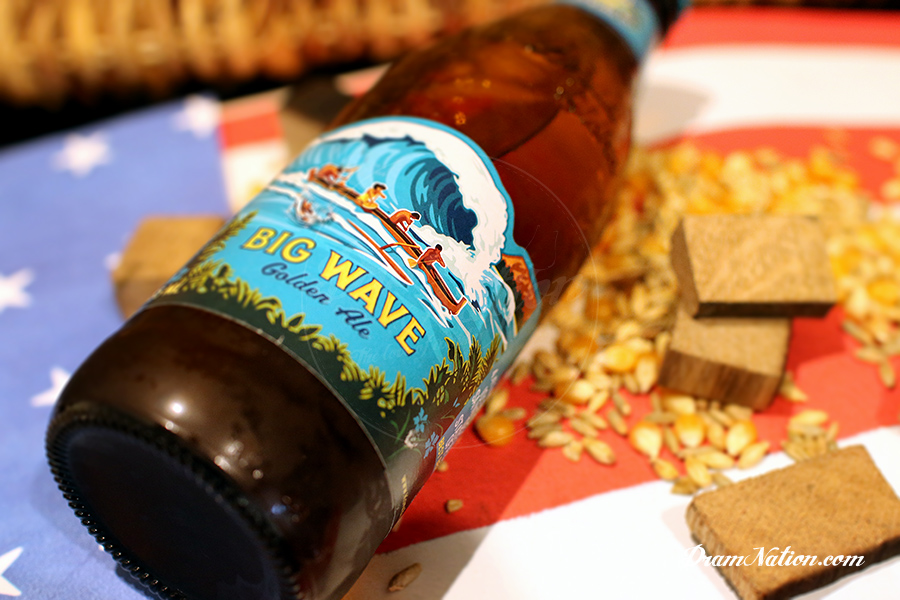 The nose is bright mild hops with fruity pineapple. On tasting creamy fleshy fruits & clean malt textures are delivered with a sweet, delicate finish. The caramel malt delivers rounded sweetness against light fruity hops.  A very easy drinking ale. Kona Brewing Company released Big Wave in 1995 and brews both in Hawaii and various states of the US mainland. 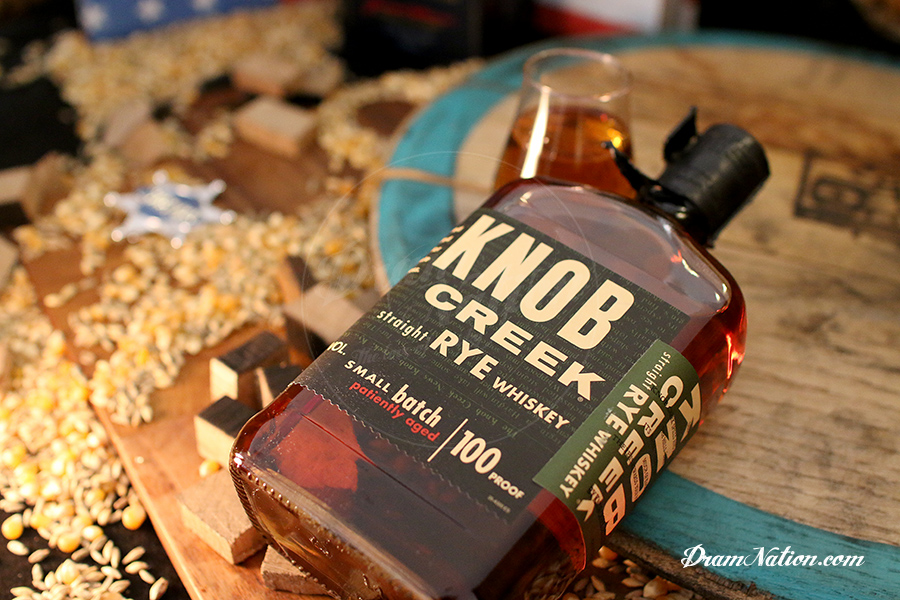 On the nose earthy herbal mint is dominate with elements of vanilla oak in the background. The taste is spicy spearmint, creamy and a bit oily before finishing long & extending  with dry sweet maple sugar notes. Classified as Small Batch, these whiskies slowly evolve as they are released and always slightly different. Knob Creek is the creation of the late Booker Noe & considered the start of the Small Batch movement. Knob Creek is named after the small stream that flows through President Abraham Lincoln’s childhood home in Kentucky. 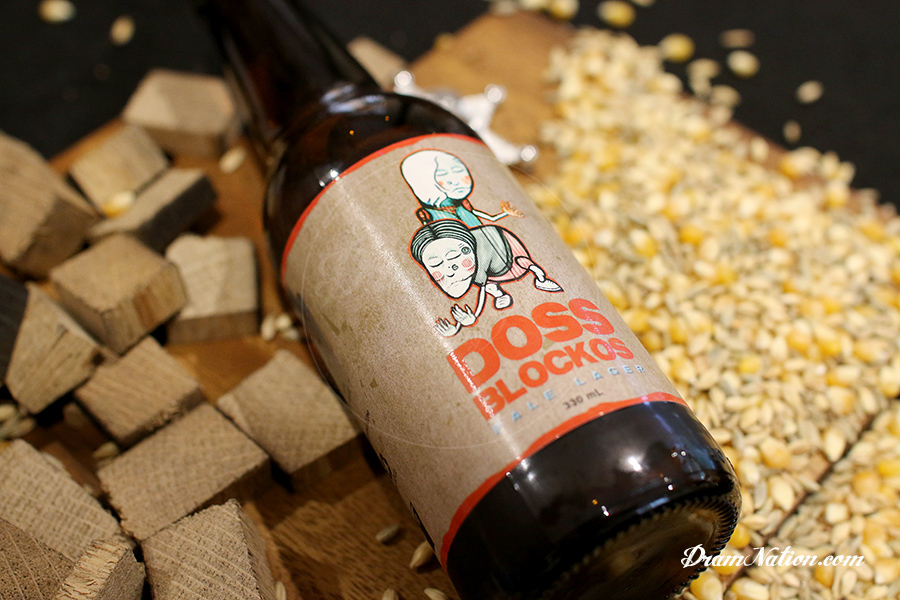 This is a pale lager that delivers grassy biscuit malt notes. Very complex levels of flavour with notes of potassium or green banana. A great example of a modern lager. East 9th Brewing Co. is a transient/gypsy brewer that does not have their own brewery. All beers (as far as we know) are batched at various secondary breweries. Doss Blockos is inspired by the famous New York squat of the 1990’s. 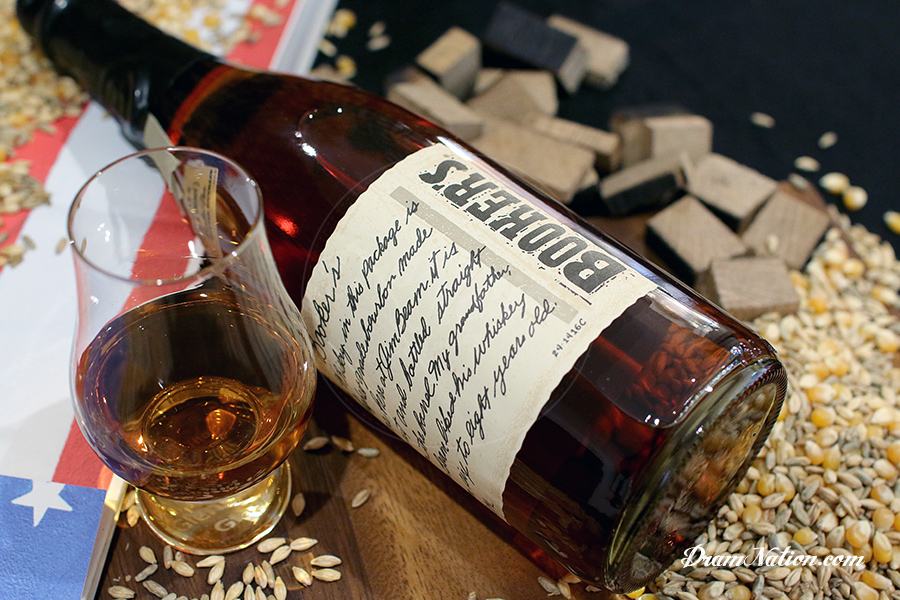 "...don't mess with my Booker's" was Booker Noe's parting words to his son on retirement from Jim Beam Distillery. Meaty rich dark caramel oaks, high hot spice, deep vanilla, maple sugars & bacon simply explode from each sip. Extremely long and lingering. An outstanding example of cask strength Bourbon. Each Master Distiller at Jim Beam will eventually have their choice of whiskey expression bottled as a regular release. Booker’s is the legacy of how Booker Noe liked his whisky to be and how he gave it as gifts to his friends and family. Special casks are selected that display very specific characteristics laid down by Booker Noe prior to his passing. 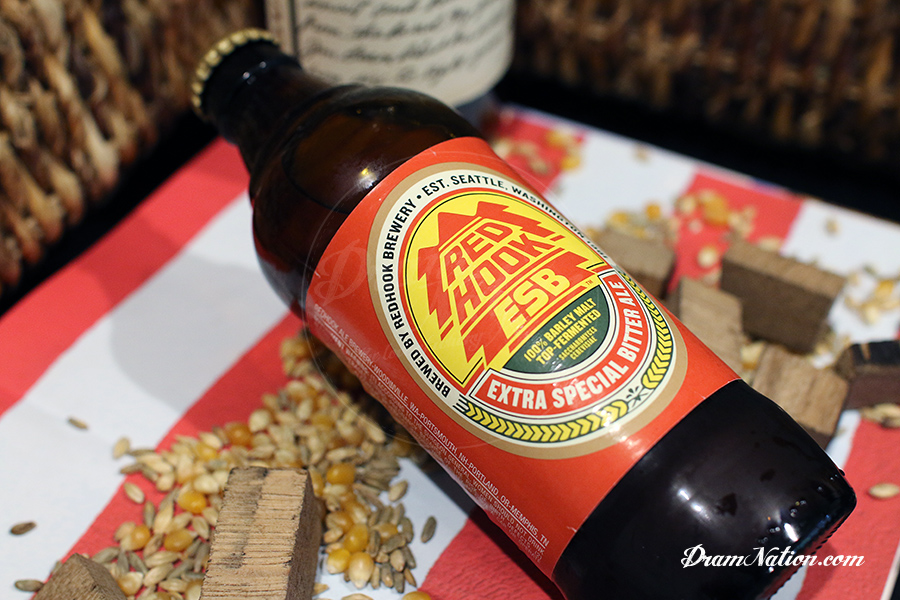 A nose that is surprisingly floral yet is big with obvious red ale malts that hint at fast warm fermentation. It delivers a taste of rich warm caramel malts, cereals with a marginal bitterness finishing sweet & rounded. Released in 1986, this brew evolved from their original Winter Ale. Redhook is now brewed at multiple brewing facilities across the USA. 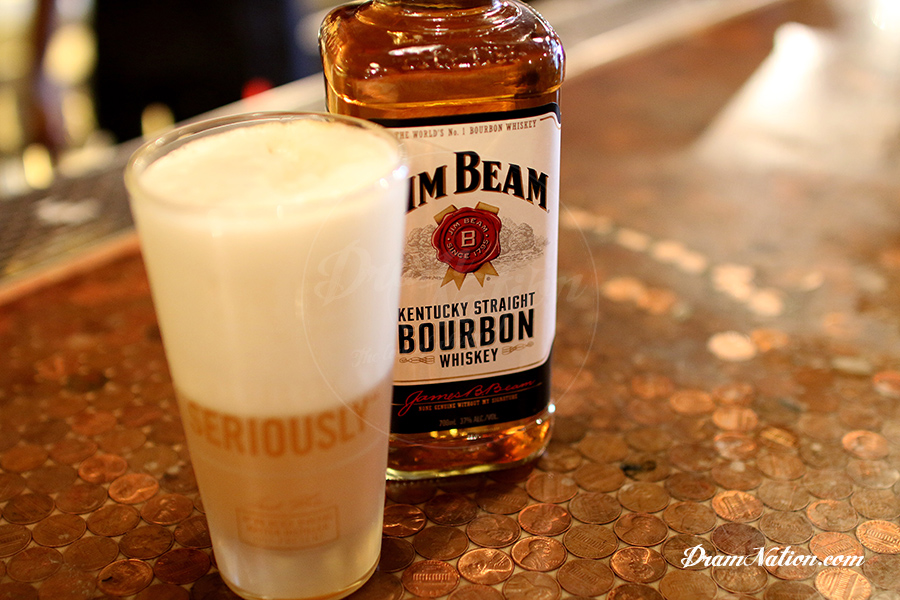 Lager or “to lager” is the traditional process of fermenting beer slowly at low temperatures in the vat before continued slow cold fermentation in the bottle after as residual yeast continue to age the brew. Still commonly used in home brewing. Modern commercial lager is fermented & aged in vats before bottling for immediate release.

Ale is traditionally recognised as a beer that does not contain hops and is fermented quickly under higher warmer temperatures. Herbs and spices were originally used as the bittering agent but was swapped to hops due to the preserving factors they deliver.

IBU is an abbreviation for the International Bitterness Units scale, a gauge of beer’s bitterness. What IBUs measure are the parts per million of isohumulone found in a beer. Isohumulones are chemical compounds that contribute to the bitter taste of beer and are in the class of compounds known as iso-alpha acids. They are found in hops.

Kentucky Straight Bourbon is whiskey created in Kentucky by distilling a fermented grain to create a spirit not exceeding 80% alcohol content by volume (abv) and then ageing the spirit for at least two years at an abv concentration not exceeding 62.5% at the start of the ageing process.

Bourbon can be made anywhere in the USA. The primary factors that define bourbon is the requirement are to be 51% corn with the remaining ingredients as other fermentable grains, to be stored in new American Oak, and to me made in the USA. There is no minimum age requirements. Bourbons commonly display sweet maple sugar and orange notes.

Rye like bourbon can be made anywhere in the USA. The primary factors that define bourbon is the requirement are to be 51% rye with the remaining ingredients as other fermentable grains, to be stored in new American Oak, and to me made in the USA. There is no minimum age requirements. Rye whiskies commonly display minty earthy flavours